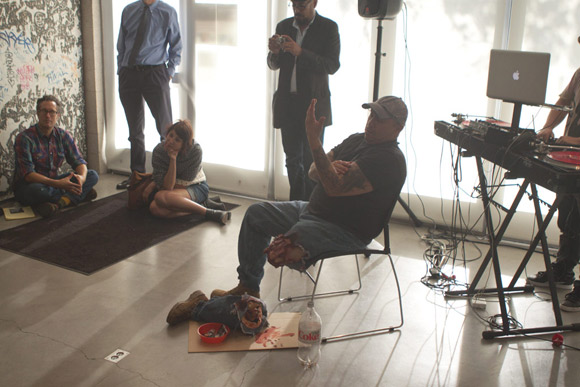 Late in the afternoon on Wednesday at the El Segundo Museum of Art, a group of graduate students, museum staff and production assistants witnessed a performance lecture by an artist whose work is part of the current ESMoA exhibit celebrating the tattoo and graffiti street art of Los Angeles.  The artist, costumed in appearance as an elderly Hispanic grandparent, began with rant comments like “[the] monetization of graffiti, its exploitation of indigenous culture, whose major figures have now become individuals like Bansky and Shepard Fairy who essentially are not even representative of the culture, but are more or less token figures of the elite.” 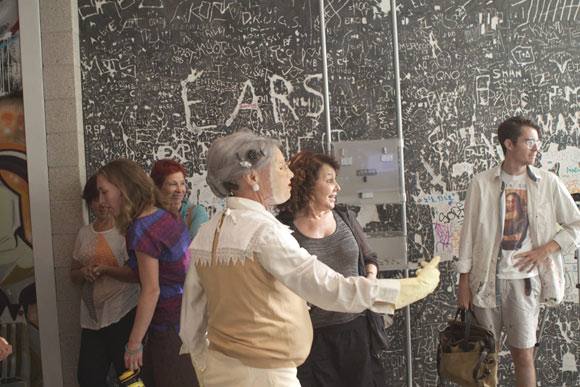 Photos and excerpts from the performative critique: 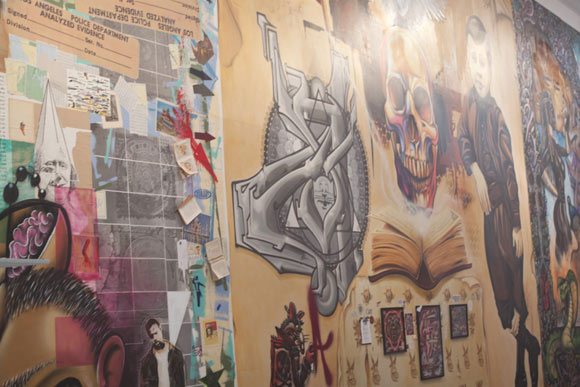 “A biting commentary which questions our so called elitist culture, you have been personally invited to a closed performance not dared to be open to the public… [a] premier performance too controversial to be revealed, and expressed –” 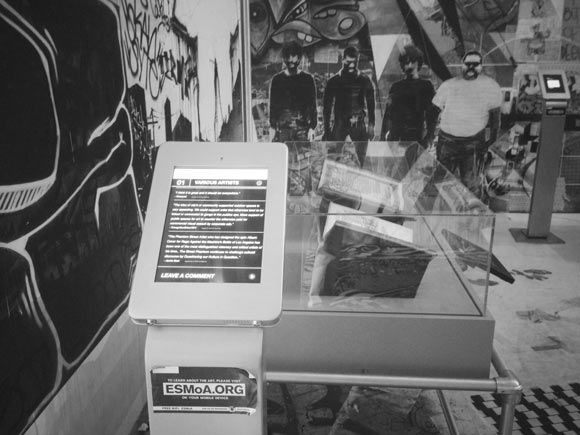 “A performance which reveals an expose into the integrity of [the] culture in question through many of its historical transgressions and travesties, which details such past gratuitous, self-serving elitist missions… a social satirist with commitment to the cause of inquiry and dissent previously presented as guerrilla theater… which in sarcasm celebrates a culture of decline, our end of history, art, theatrical performance and its cult of personality and through self-cast characters and self realized scripts.” 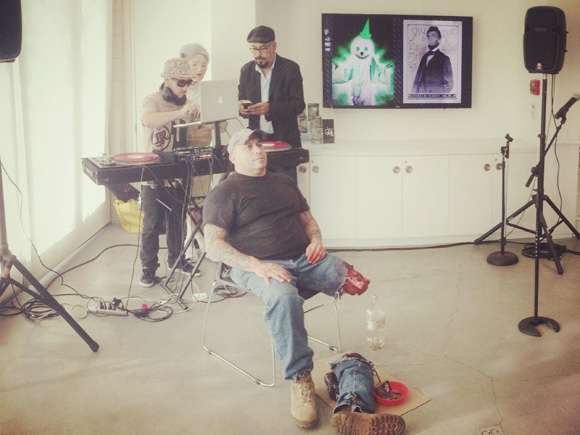