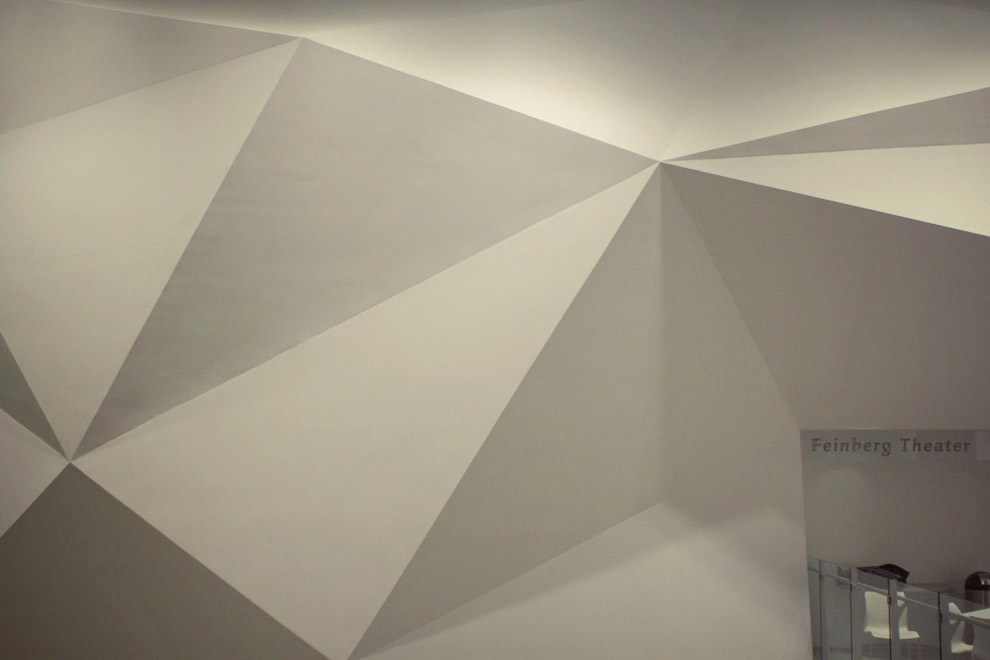 CHICAGO – Published the 3rd week of October 2013, in an article titled A Scorching Jobs Desert, editorial staff at the Chicago Tribune called on readership and Chicagoland organizations to engage with discussion of the city’s future. The plethora of inauspicious, stark realities for many low income families here, predominate inadequate social support systems. Throughout a series of columns, writers at the Tribune have with urgent questions, bespoke alarm. The evening of Tuesday, March 25th, 2014 I attended one of their (Trib Nation) events titled Jobs for the future: A new plan for Chicago 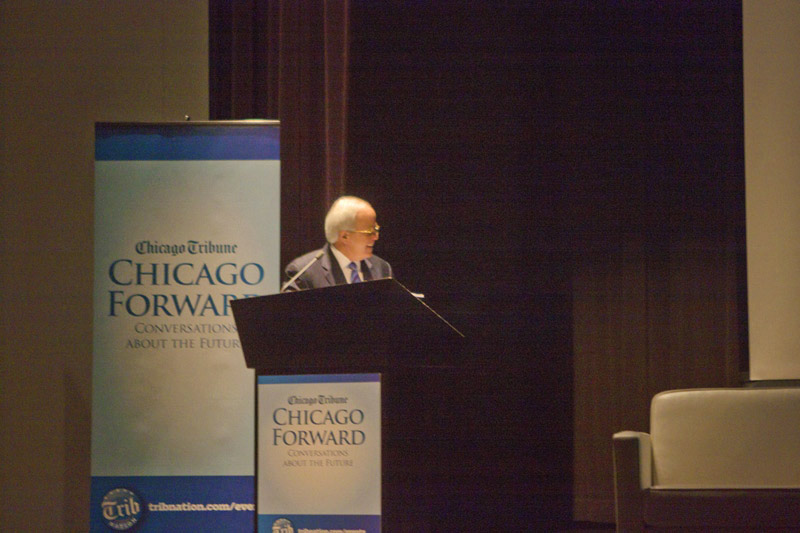 Audience members received magazine-like booklets with copies of articles from the editorial series. Editor of the Tribune, Gerould Kern was first to welcome and thank those for attending. He was also the first to remind that the evening’s program, part of a series of programs about Chicago’s future, would focus on the importance of job creation, how Chicago should attract the business of both employers and workers. Gerould acknowledged that however innumerably the original plan for Chicago (from 1909) helped transform a stretch lakeshore into the gleaming world class city that it is today, over a century later there remain many civic, economic and social issues to be addressed. He acknowledged the substantiation of over 1,000 written responses to the start of the paper’s Plan of Chicago campaign, adding that many were since published by the Tribune in print. 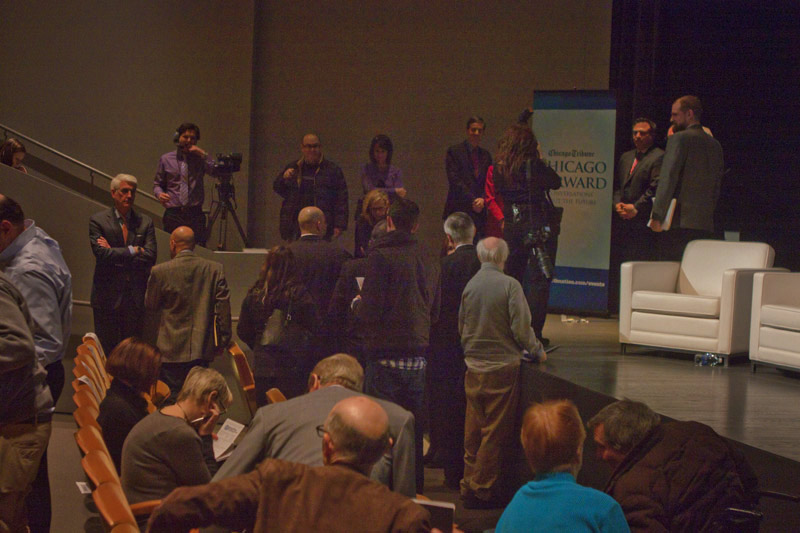 Member of the Editorial Board since 2010, moderator of the discussion Greg Burns had three distinct Chicagoans with him to discuss the revival of job opportunities in Chicago. Paula Wolff, Senior Executive at Metropolis Strategies – Steven Koch, Mayoral Deputy of Chicago – and, Jorge Ramirez, the elected President of the Chicago Federation of Labor since 2010. One of the first matters on hand, statistics relating the unemployment rate in Chicago, and in the State of Illinois, aside that of the national average, which pull in at around 8.6% and 8.7%, vs. 6.7%. Deputy Mayor Koch was first relate sentiments and insight from a historical understanding. He described after WWII how joblessness arose, when though growth in the city continued to develop, throughout many ancillary manufacturing communities where industry, commerce and residential life had developed together, began to die out. 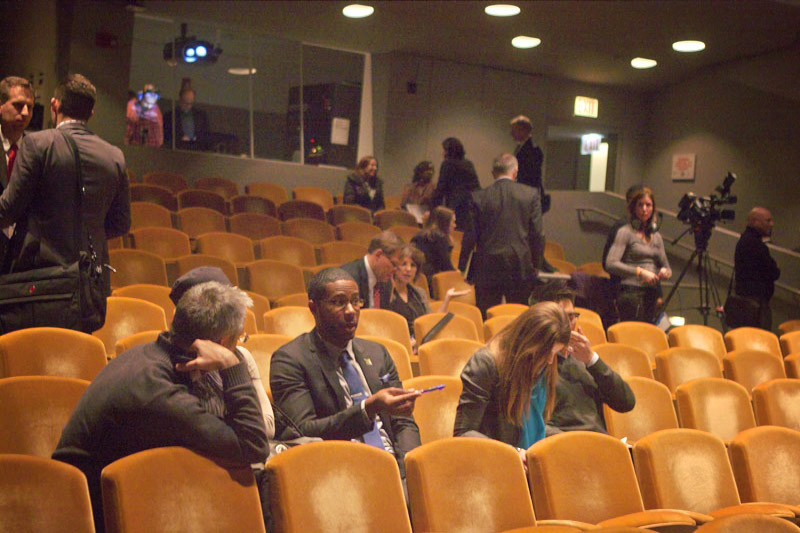 Much of what was covered in the discussion related to the R&D of Paula Wolff and Metropolis Strategies, having to do with intercity education strategy. Paula has helped interface Chicago city colleges with Chicago city hall and with its populousness. Her organization has published a report, a measure stating target benchmark goals for and proof findings that, improving the success rate of underprivileged and working-class individuals achieving secondary educations starts with improving the system. During the panel discussion, which lasted an hour, it was acknowledged on several occasions that often institutions default to caring only for their own immediate needs, instead of others’ — though this related less to academic organizations and was more a general comment on how sometimes progress is difficult to achieve because the interests of Chicago businesses and planning at city hall don’t always coincide. 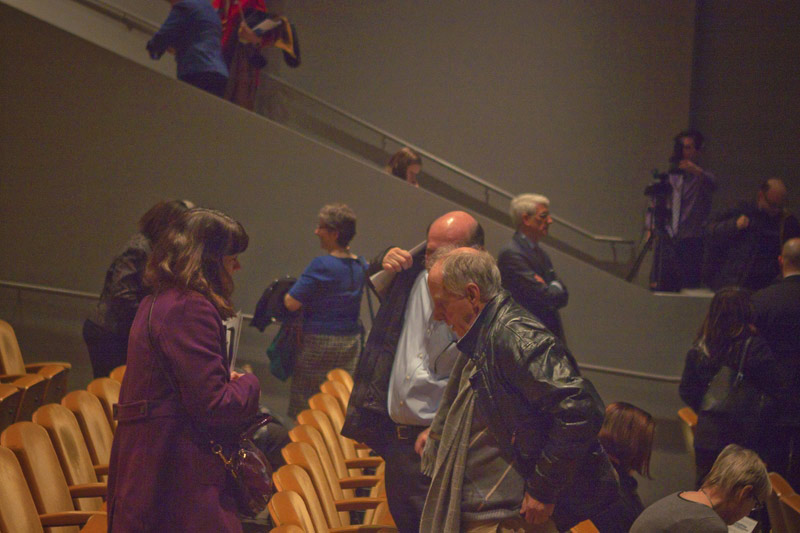 Jorge Ramirez from the Chicago Federation of Labor made several very salient remarks, evincing how troubles within the socio-economic establishment have continued to transgress since the early nineties. Economic disparities between low-income, middle class and wealthy households have never been greater, the middle class is smaller than in previous decades, the United States no longer upholds the world’s highest standard of living and “we are seeing this erosion happening in our communities.” The Labor Federation’s recent accord with the City of Chicago to renovate Chicago’s walloping exhibition hall, McCormick Place (conceived originally by previous Tribune owner, late Robert McCormick), is perhaps what Jorge had in mind when he made nods at running the (slight) risk of seemingly “pandering to the Tribune.” The need to actualize pipelines to new industries (labor assets), anticipate the return of manufacturing from overseas, fulfilling the restoration of those thousands of bridges (beyond their living life), Mr. Ramirez made it especially clear: first and foremost, the need for a diversified and highly-skilled workforce. 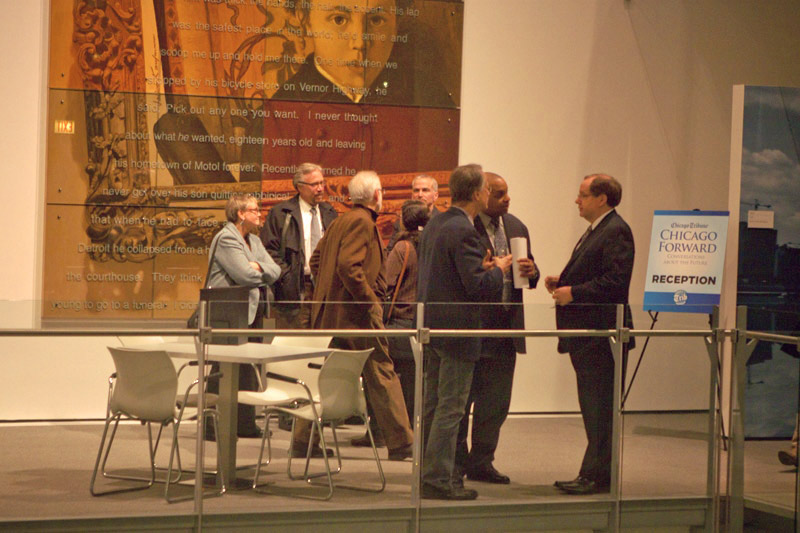 In light of Chicago being recently selected to become part of the future digital manufacturing homeland – see article from February 22nd, “Chicago picked as site for Obama’s manufacturing initiative” – an interesting kernel will be how and to what extent the city will recognize what its constituents of labor are worth. Since the last twenty years, globalized economies have had downward spiraling effects on job market diversification. Next to bringing back the blessings of 6–10 major industries (improving labor market diversity), Steven Koch hopes to see the day when people have the ability to seek what they care to do, given next-gen. education reform. “As a community, as a city and region, [we] all need to be intently focused on rebuilding the educational foundation.” 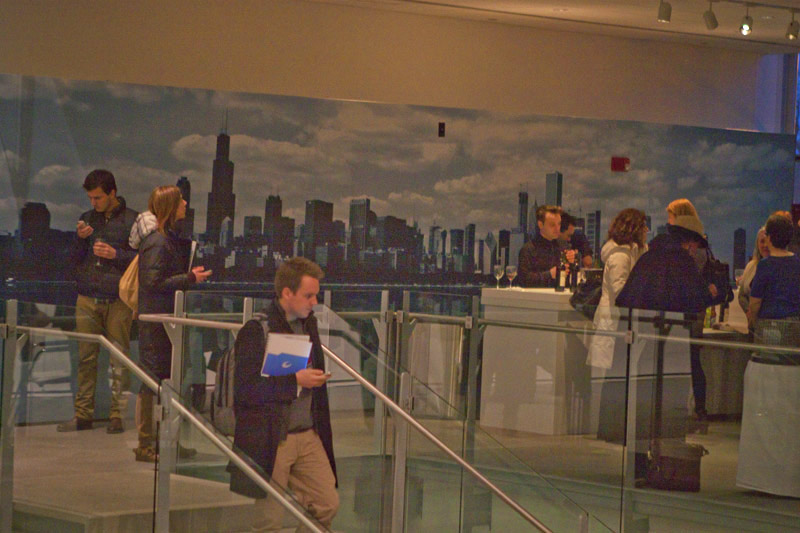 Paula Wolff made mention of much promising activity currently going on around Chicago. Construction is at an all time high, the continued proliferation of IT and advanced technology placements, and also that Truman College is getting ready to announce an unprecedented new & exciting area of industry. Paula reminds how well Chicago has done in health care, culinary and hospitality markets. 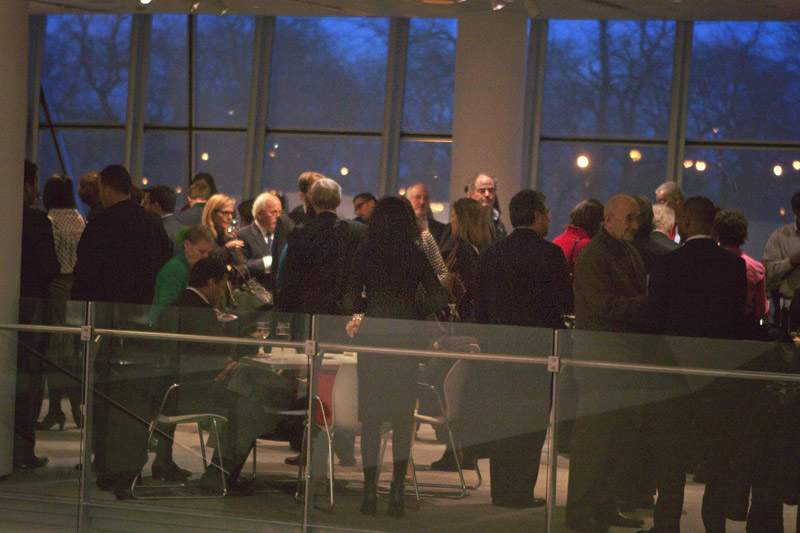 After the forward discussion – which was tape-recorded and will be available to see later this month, online – the panelists and other hosts of the event gathered on the second floor landing for a reception with snack and drink, overlooking Michigan Avenue at the Spertus Institute. Like Trib Nation’s page to see photos from the event and for updates relating to exciting things happening here in Chicago. Many thanks to the Chicago Tribune Editorial Board for inviting me back this year and for continuing to advance conscious and thought-provoking discussions!