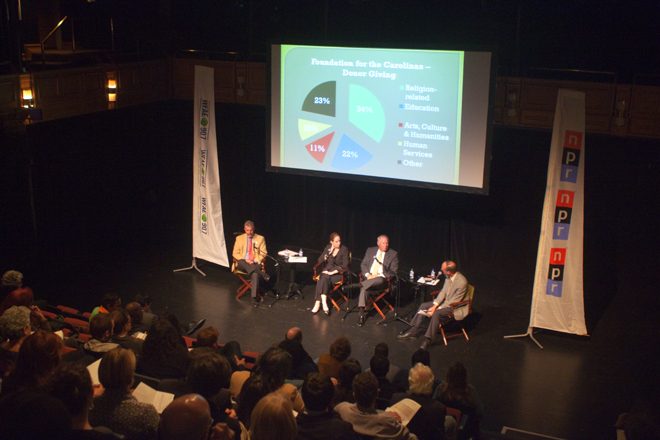 On Tuesday evening, the moderator of the WFAE’s public conversation on the future of Charlotte’s arts & cultural groups, Mark Rumsey, began the discussion of how the challenges of a longterm funding shortage are to be addressed. Presenting statistics of the Arts & Science Council funding crisis evincing the 50% fall in workplace giving atop a 40% decline in number of corporate donors from 2007 to 2011, Mark welcomed three panelists to the conversation who began discussing the increasing declines. 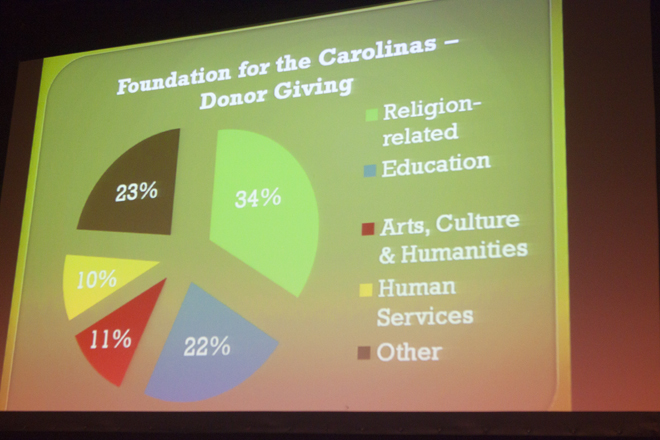 Kathleen Jameson, president of the Mint Museum, spoke of the difficulty budgeting to accommodate rising attendance while experiencing lesser demands for special event and rental services that have contributed to downturning revenues. Executive director at the Carolina Raptor Center, the United State’s largest raptor medical facility, Jim Warren acknowledged a substantial drop in annual funding that compromised nearly 50% of his staff, and that during which time the amount of visitors to the park and the number of birds in rehabilitation at the facility were rising, “we had less resources and were doing more.” Jim Riley, president of the Allen Tate real estate company and co-chair of the recently established Charlotte-Mecklenburg Cultural Life Task Force, emphasized the private sector’s pivotal role in the sustenance of arts and cultural endowments, refraining such as “the only thing that brings together diverse communities,” and encouraging us to decide as citizens what we’re going to do, and how we’re going to do it. 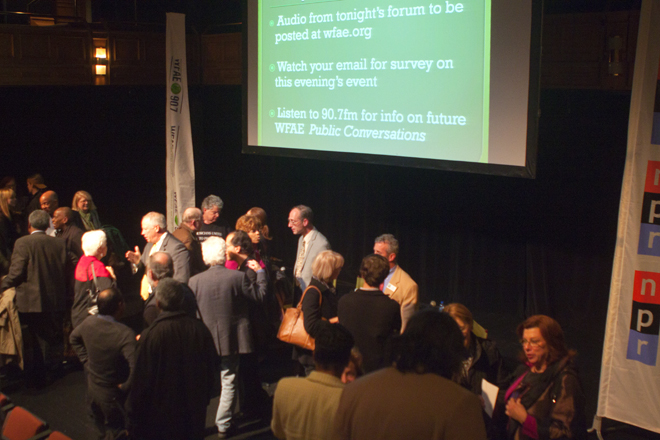 As the Cultural Life Task Force is charged to develop recommendations for the Arts & Science Council, Moderator Rumsey asked the panel to describe how new models of support might look, and a comment from the audience questioned why direct philanthropy is such a primary wellspring of mana and success to Charlotte’s cultural programming. From the audience in response, the director of Opera Carolina spoke up to explain the cultural sector as that which offers to connect people with their humanity, with centuries of artistic creativity, expressions of our very human emotions and who we are as people. Kathleen Jameson, having recently returned from Boston where she attended a national Arts Strategy Convention, expressed how with its community willing to embrace different kinds of thinking, Charlotte has an opportunity to craft a new model less dependent on private partnerships. 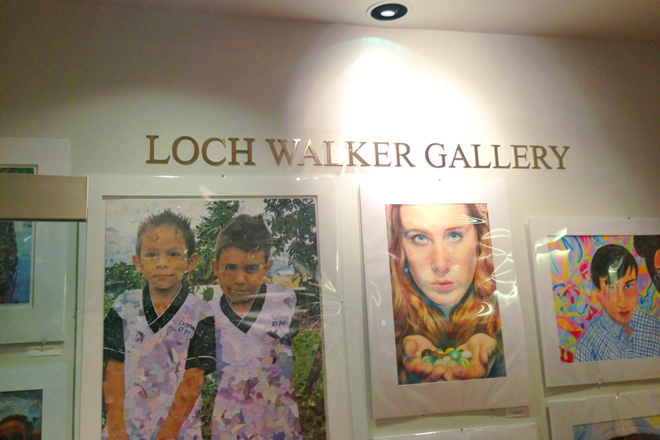 A woman who served on the ASC board for seven years, who has been away from Charlotte for seven years and flew from New York to be a part of the discussion, voiced her concern for maintaining morale throughout the funding debacle, fearing that in order to meet budget requirements the community will need settle with mediocrity. Pat Riley of the Cultural Life Task Force, regarding why their meetings after November will be closed sessions, said that they are not public officials, that they want creative freedom and to remain away from being clammed up by harbingers of the press. Kathleen corroborated that successful recovery is essential to creating a robust 21st century society, that the old way of integrating arts with the community has shifted. ASC interim-president Robert Bush answered audience concern for supporting individual artists, saying the ASC has continued to serve them through artist grants, that the ASC is an employer of sorts and that totaling the number of spin off jobs created by the cultural sector’s 4,000 is 6,200. Along with the Metropolitan Arts Council, the ASC is working towards a 5—10 year plan, the next meeting for which is scheduled for November 25th. The forum was held at the Duke Energy Theater of Spirit Square in uptown Charlotte