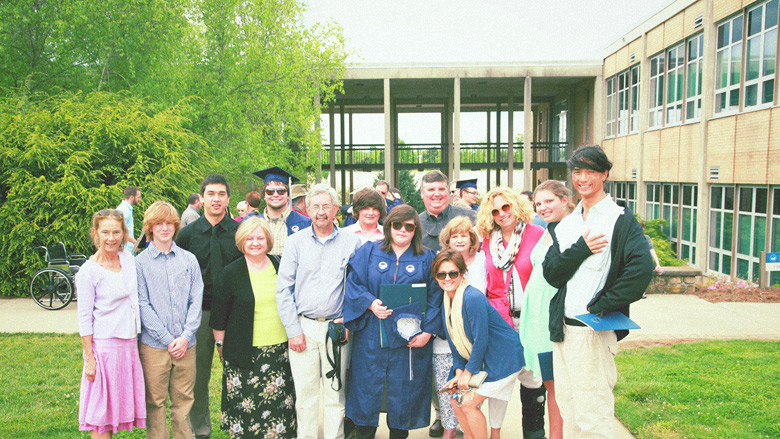 Together with family on Saturday, May 11th, I attended graduation at the University of North Carolina in Asheville.  Near the city of Asheville, home to an array of alternative and progressive lifestyles and liberal politics, one finds great tastes of Southern culture and awesome scenery, close to heart of the Blue Ridge mountains.  Asheville shares similarities with places in the Pacific Northwest I have grown accustomed to, including the small-scale urban center, variety arts and culture, and an accepting atmosphere.  At the U.N.C.A. commencement this year spoke nationally acclaimed American writer and poet, Nikki Giovanni.  Giovanni was bestowed upon by the officiating chancellor, an honorary degree of humane letters for her work as an author and activist. 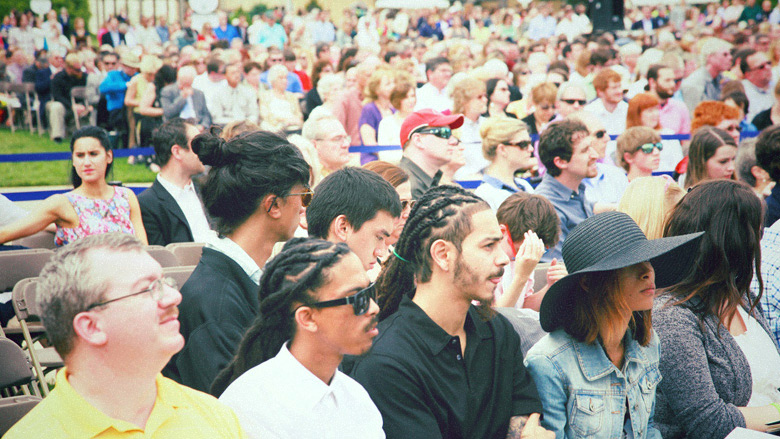 Other than my own, I had not attended a graduation ceremony since 2009.  In total, 730 students made up the graduating class of 2013, more than two-thirds of which participated at Spring commencement.  When my immediate family and I arrived on Saturday morning, most everyone’s family and friends had found their way to the nice arrangement of seating on the quad, though the faculty member procession and graduates had not yet approached the stand.  In all the excitement of bagpipes and the brass-quartet leading to Chancellor Ponder opening with “Good Morning,” I separated from the others and had to mess for a while on my phone trying to figure out where our family was sitting.  As you can see here, for some reason towards the end of the ceremony, a bunch of folks that were sitting in the rows directly behind me went elsewhere! 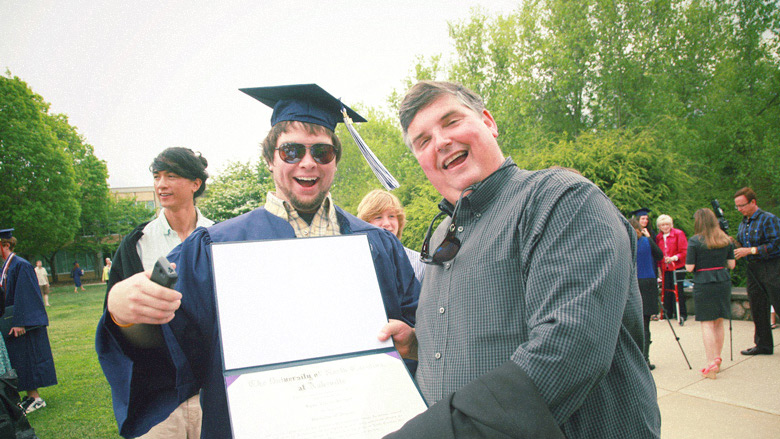 Lucky for us that the weather kept from raining on Saturday, and that the temperatures were only moderate.  My brother motioned to get up and out of the sun a couple times from starting to sweat when the clouds were drifting apart.  In this photo, one of my much adored family members at right, making the moment last in celebration of our friend Ryan’s new degree! 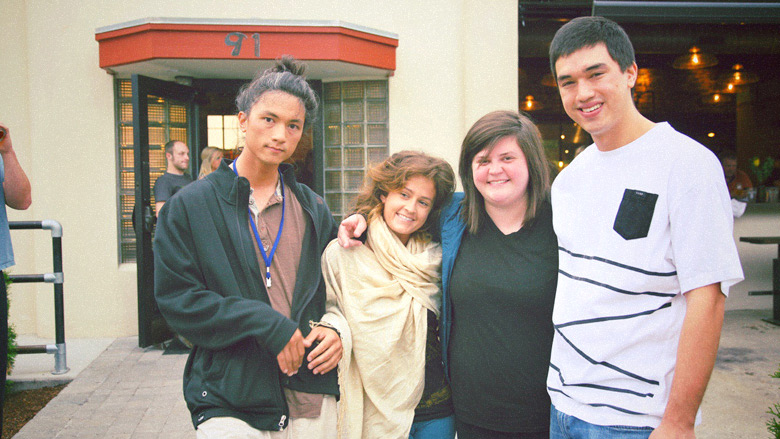 On Friday night we at a brewhouse restaurant in Asheville, the Wicked Weed, named the characterization of hops as “a wicked and pernicious weed” by King Henry the 8th.  In a group photo, my brother and me with two of our cousins, the oldest of all of our mothers’ siblings children! 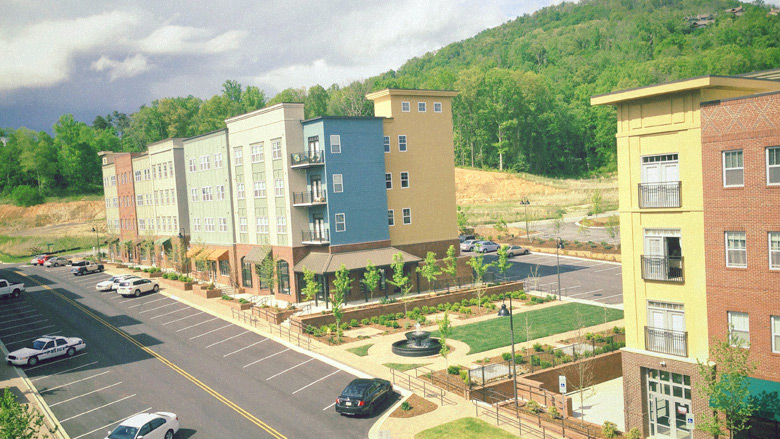 Here’s how things looked Saturday afternoon as we were discussing going for a swim at the pool!  This is a new development of apartments outside Asheville, where businesses are just starting to open up on the ground floor, and they have nice accommodations for residents like a fenced-in dog park and garden for the community.  The Reynolds Mansion Bed and Breakfast Inn is close by, which seems like a quaint and tidy place to stay, and there’s also the super woodsy Days Inn where we stayed, right down the road.  One thing we saw happen was a young girl orbiting her small dog by the leash, around in circles.  To see that from a distance is entirely disturbing. 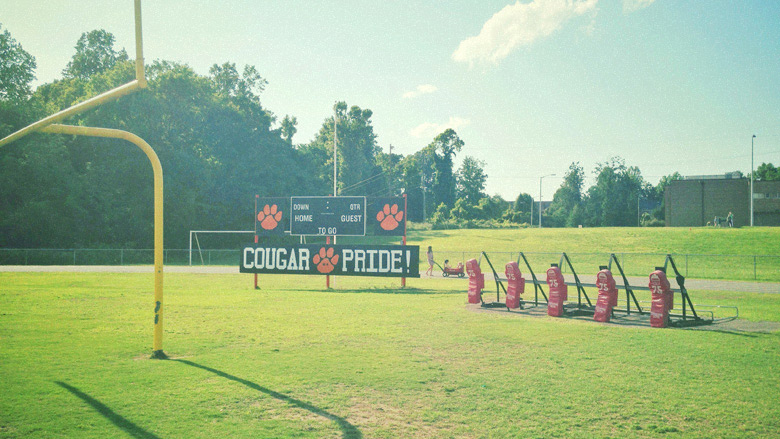 On Sunday I returned to Charlotte from Asheville.  This is the photo I posted on Mother’s day this year, though I’m not sure it would even make it as a runner-up in a competition for new Mother’s day Hallmark card designs.  Had a great time visiting home in Charlotte! 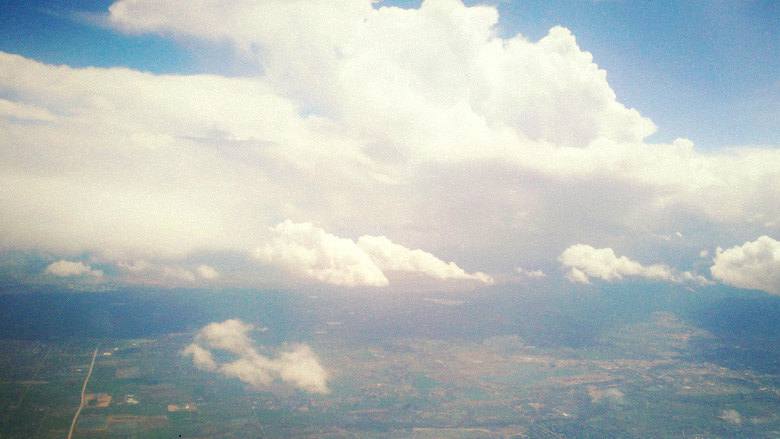