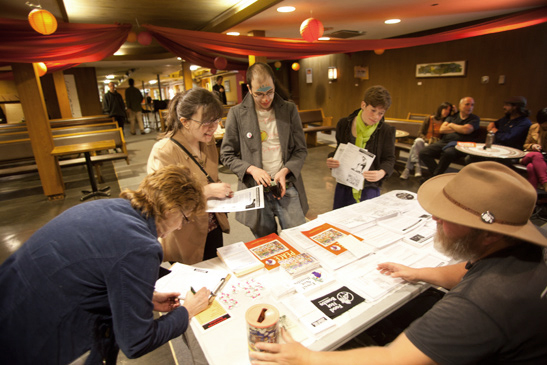 Earlier this year at Milepost 5, we planned an event to receive Keith McHenry to discuss the global movement, Food Not Bombs.  On Friday, Keith welcomed a group of a couple dozen at Eat, Art, Theater, including many of Milepost 5 resident artists, active Food Not Bombs participants, and others from the community in Portland, Oregon. 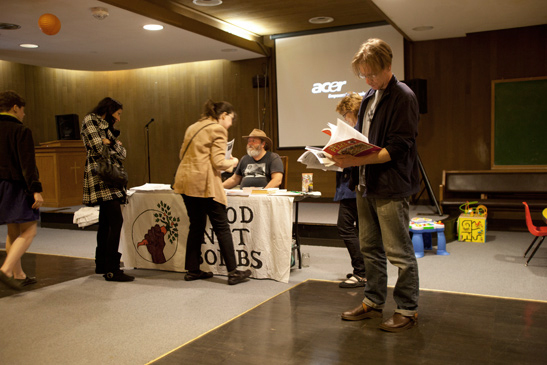 One of the (Bostonian) founders of the movement during the eighties, Keith later began a new chapter of FNB in California, and has since traveled the world sharing stories, and the experience of sharing food publicly in protest of militarization.  Currently, Keith is spreading the word as he travels the West coast.  Keith has met with groups to speak each night since March. 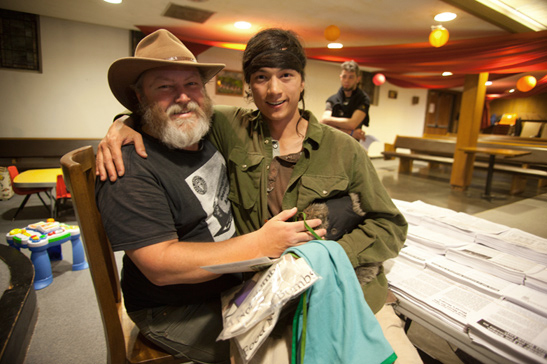 From our community at Milepost 5 and that of greater Portland, Oregon and beyond, thank you Keith for visiting Milepost!  Many thanks for passing along an account of Food Not Bombs and benefiting the world with heart warming experiences in protest of military spending