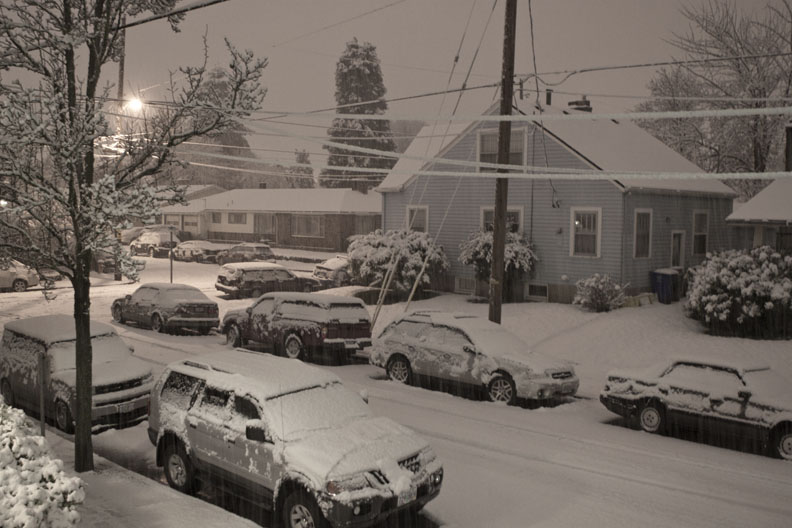 I returned from Illinois this year on the 3rd of January and I have been in Portland around Milepost 5. I keep a live/work studio apartment where the focus is, “Creative!” So interestesting and always its own-thing, different! Here’s a look at this short video we made one night it was snowing! Montavilla in wintertime video

Since November, I have been rounding up a collection of audio recordings have I composed since late 2010 and during 2011. In mixing process. Planning for a consolidated release TBA in 2012. Here’s a picture of the makeshift bicycle racks in the courtyard at our building. 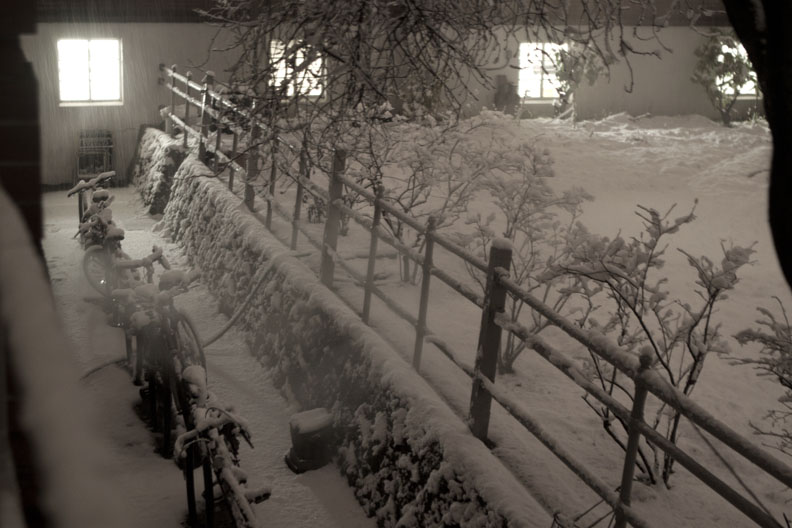